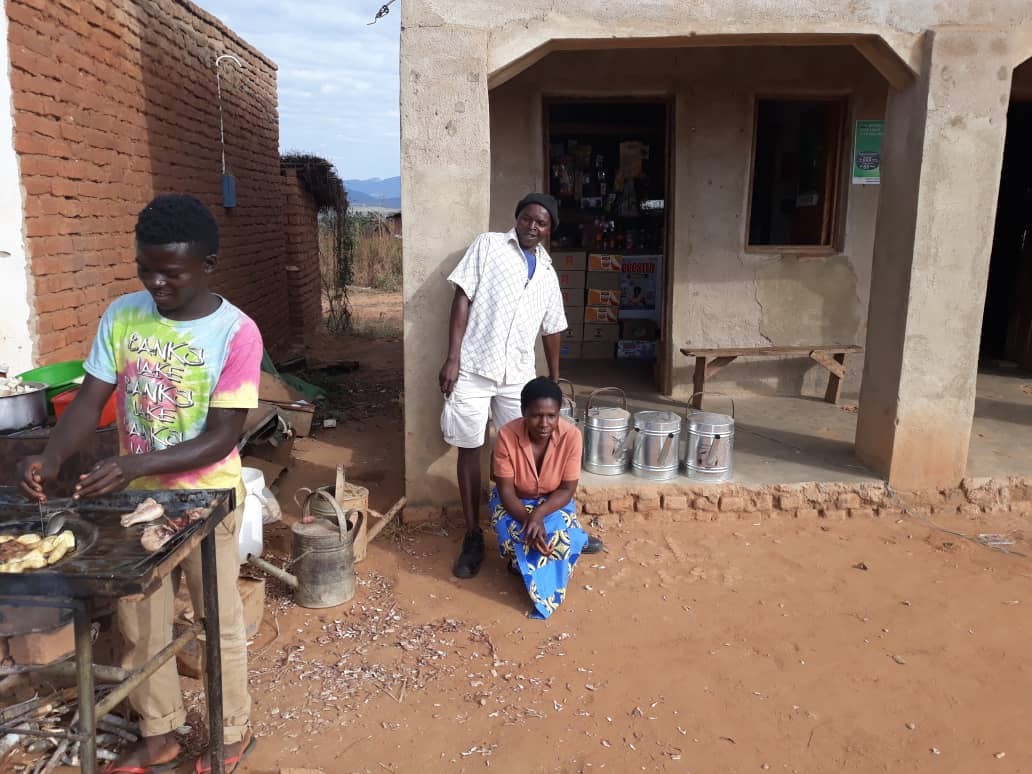 Matthews Soko joined Tasanganapo Cooperative in 2017, in an attempt to start finding better markets for his maize, and has since both traded and deposited with ACE.
Tasanganapo Cooperative is based in Mzuzu -a particularly challenging district due to the small number of buyers and the long distances to competitive markets. Farmers often end up selling their commodity to local vendors.
Last year Mr Soko was able to deposit 5mT of maize into Tasanaganapo warehouse, which he then found his own market for. This year Mr Soko plans to deposit more maize. After discussions with the ACE field staff, Etticken Gondwe, he decided to grow other crops too, to diversify his risk. Indeed, this year he managed to harvest 1.5mT of soya.
In March 2018, Tasanganapo Cooperative was trained on the ACE Marketing School (AMS), this was the second time the Cooperative received this training. In 2017 another 30 members had already been trained. Mr Soko was one of the participants in this second AMS training. With the AMS the farmers were able to understand the role of ACE as a market facilitator and gain a better understanding of the services offered by ACE. The FO decided they were interested in receiving regular market price updates form ACE, and also remained in regular contact with Etticken in order to seek advice about how and when to sell. They were able to develop a marketing plan with him. Following the AMS, Tasanganapo Cooperative decided to aggregate their commodity and market it collectively. Out of the total of 12.5mT of soya aggregated by 43 members of the Cooperative; 1.5mT belonged to Mr Soko. They collectively sold in May 2018 at 250 MWK/mT: much better than the prevailing prices on local markets (200 MWK/mT). This also encouraged other farmers to try and sell their commodity through ACE.
The costs of marketing for Mr Soko were very low; 12,000 MWK for transport to the aggregation point and 6,000 MWK for the bags. This small investment resulted in an income of 375,000 MWK thus allowing him to make a profit of 357,000 MWK. Mr Soko is planning to start constructing his own shop with these earnings. At the moment he is renting a shop where he sells some groceries and is in the business of making tin watering cans, however he has already bought a small piece of land and started brick making. Moreover with the profit made Mr Soko plans to purchase more maize that he can sell this season.
Next season Mr Soko plans to have both maize and soya trades and deposits and to be able to finish building his own shop