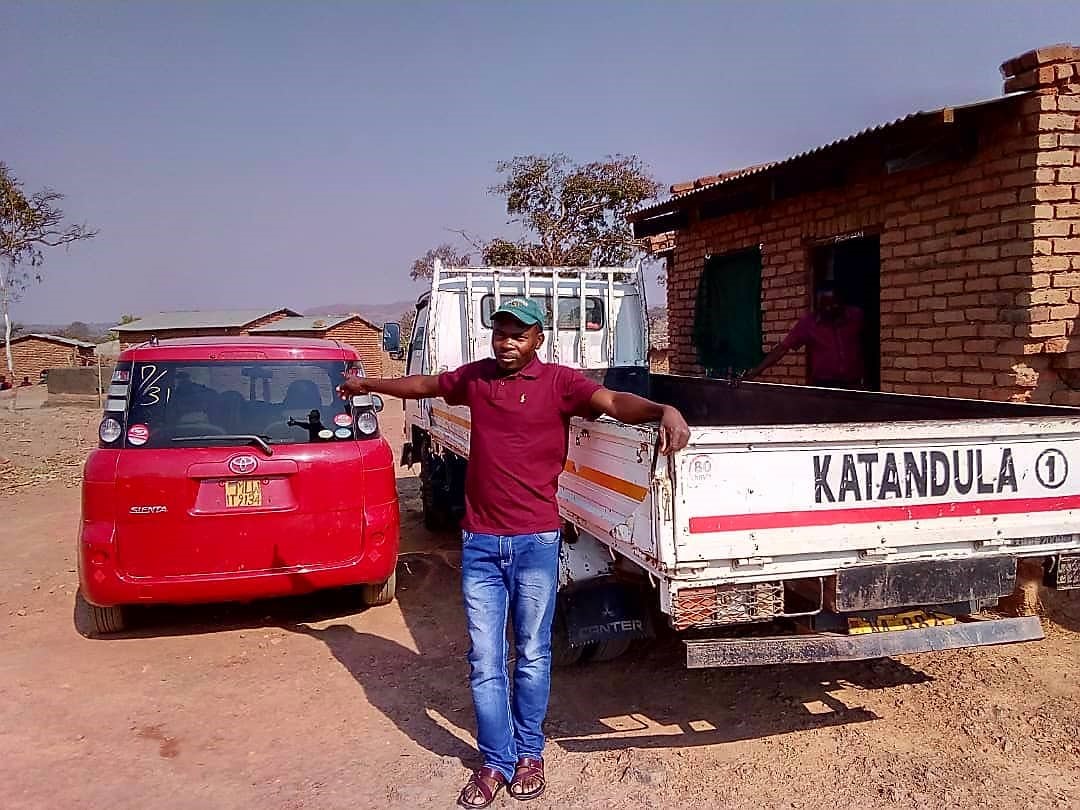 Mr. Jonathan Katandula Mvula, is a member of Tasanganapo Cooperative in Zombwe EPA, TA Mtwalo, Mzimba District. He is married and has 3 children. He is a maize farmer, businessman and transporter.
In the 2015/2016 growing season he produced 200 bags of maize on a 5.5HA of land; he deposited 100 bags at ACE Ezondweni Warehouse and later sold them to WFP at 260MWK per kg, resulting in an income of 1,300,000MWK. Mr Mvula had spent a total of 500,000MWK on labour costs and fertilizer, and was thus able to make a profit of 800,000MWK.
He invested this profit and was able to grow maize on a total of 7.8ha in the 2016/2017 season. This allowed him to harvest 400 bags. Though this was a significant improvement on the harvest, the market was a lot less favourable than it had been the previous season. Mr. Mvula decided to deposit his 400 bags into the ACE warehouse and since the prices were low on the market, he managed to source his own buyer and sold at 170/kg. This resulted in an income of 3,400,000MWK. The expenses for cost of labour and fertilizer amounted to 1,200,000MWK, thus allowing him to make a profit of 2,200,000MWK.
Mr Mvula now is a happy man as he has seen benefits from his farming, he now owns 2 cars, and a 3tonne truck. Furthermore, he used some of the profit made from the sales to purchase iron sheets to use for roofing for his house. He was also able rent a shop where he sell groceries – in the future he hopes to be able to build his own shop so that he can save the money that he is currently spending on rent.
“I always hoped to make some money from my farming and surplus food to feed my family” said Mr. Mvula and he continued by stating that without the ACE Marketing School Training most of the socio-economic changes in his life would not have occurred.

Mr Mvula with his car and 3 tonne truck